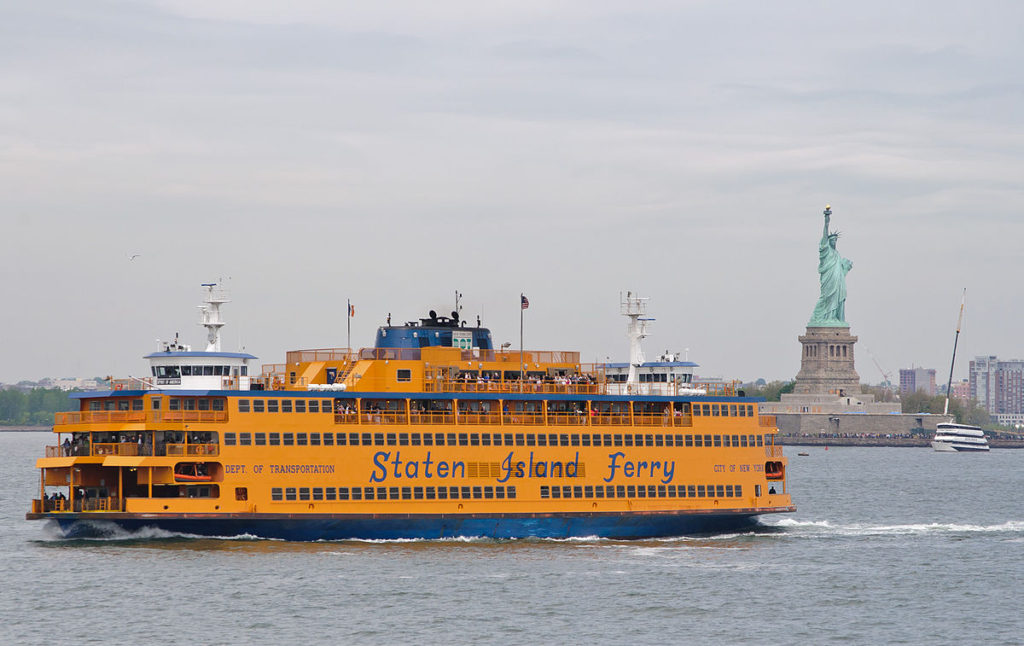 New York City is America’s premier urban environment, with plenty of museums, world class theaters, cutting edge restaurants, and other tourist attractions that draw people from all four corners of the Earth.

While there are many things that are well worth seeing in NYC, getting around from point A to point B can be challenging at the best of times (word to the wise: don’t even think about renting a car here).

Wondering how to get around New York City in an expeditious fashion? This post will make you aware of all the options that you have at your disposal…

Get an old fashioned taxi cab

Of all the modes of transportation that New York City is known for, none are as iconic as the taxi cab. In many photos of traffic in the city, as much as half of the vehicles on the road are the ubiquitous yellow cabs that this metropolis has become known for.

Their abundance makes this form of transportation the most convenient in the city, although they can be quite pricey for the budget tourist if they are used too much.

In order to hail a cab in New York City, look for one that has its rooftop light illuminated, extend your arm and yell,“taxi!”.

Unless you are going to a well-known tourist sight, it’s best to find the cross streets of your destination beforehand, as many parts of New York have streets that are numerical, making it easier for drivers to figure out where you need to go. When learning how to get around New York City, mastering the art of taking a cab is job #1.

How to get around New York City in style: cruise around via private limo

Want to cruise around New York City in a private vehicle, but can’t stand the constant chatter and lowbrow atmosphere that reigns in a typical NYC taxi cab?

If so, springing for a private limo will provide you with the class and decorum that you and your traveling companions demand.

By going with companies such as Blacklane’s premium NYC car service, you’ll be in the hands of a professional driver that will get you from the doors of JFK Airport to your hotel in a smooth and safe fashion.

This company’s fleet includes cars from makers such as Mercedes-Benz, BMW, Audi and Cadillac, so you can also be certain that you will arrive at your destination in style. When it comes to knowing how to get around New York City like a billionaire, you can’t go wrong with hiring a private limo service.

While running around in a car is a mode of transportation that many people are intimately familiar with, you can’t ignore the fact that traffic on many of New York City’s surface streets are perpetually snarled, especially during rush hour.

One way to get around this is to ride New York’s extensive subway system, which provides service to all five boroughs.

In order to get started, purchase a MetroCard at one of many machines in any of the subway stations that you come across (tokens are a thing of the past).

Before walking into a station, be sure to research your route beforehand, as it will save you countless headaches if you fail to do so.

Pay attention to signs overhead to ensure that you’re on the right side of the tracks, and check to ensure that you are not boarding an express line, as you might not be able to stop at the station from which you are planning to disembark. Once you get the hang of it though, you will find that this is how to get around New York City in the most efficient manner possible.

Want to check out the Statue of Liberty? No matter your budget, you will have to board a boat in order to cross this bucket list item off your list.

In order to get to the island upon which the statue sits, you will need to get a ferry through Statue Cruises from Battery Park, which costs at least $18 for their bare bones tour, which includes transport, access to Liberty Island, and an audio tour.

If merely gazing upon Lady Liberty from the waters of the Upper Bay is enough for you, then booking a ticket on the Staten Island Ferry will get you plenty close enough to snap some amazing photos from its deck.

Though ferries depart every 15 minutes during rush hour, it is recommended that you do not take a ferry ride during this time, as the decks are packed, and the locals will not suffer tourists well during these time frames.

In the middle of the day however, the decks have a lot more room for travelers to maneuver, giving you plenty of angles to snap the perfect picture of the Statue of Liberty without having to spend a dime in the process (the Staten Island Ferry is 100% free to ride).