Know all there is to know about baseball, football, soccer, hockey, and basketball? Well that is a start but the world is a big place and there are countless more sports out there played by millions of people and you may have never heard of them. Here are some of the most unique sports in the world. 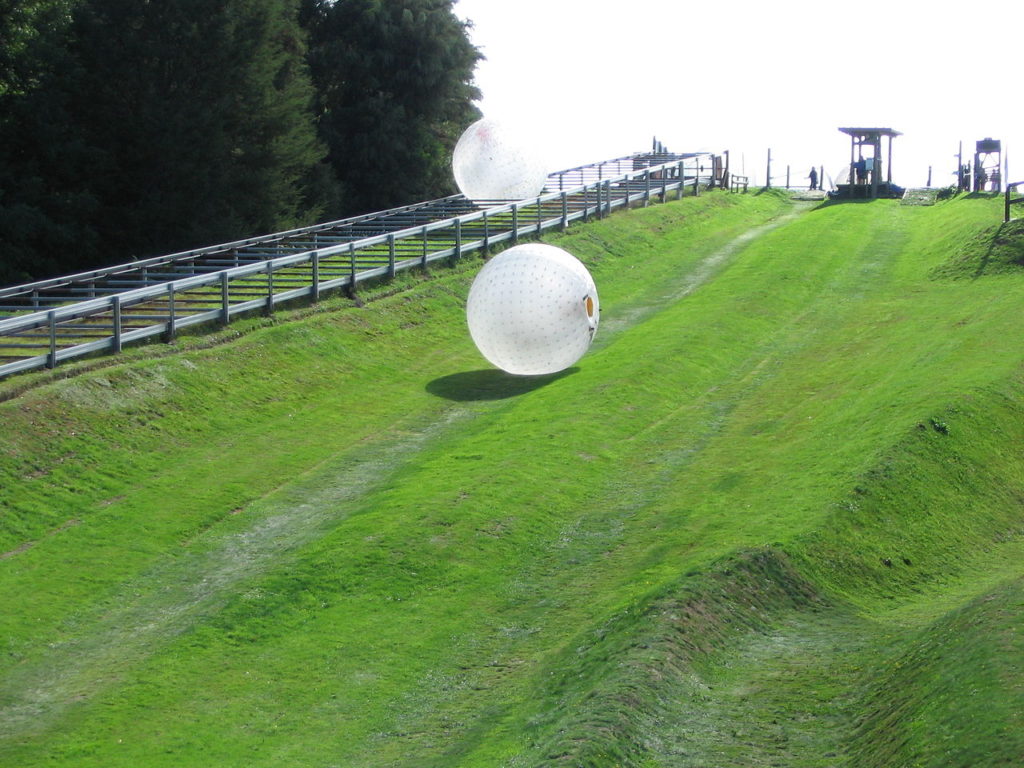 Somewhere between a sport and a bizarre hobby, zorbing is when 1-3 people are placed inside a giant inflatable hamster ball and pushed down a large grass hill. While this my sound like a nightmarish prank, the “zorbers” race to see who can get to the finish line first. This either looks incredibly fun or incredibly nauseating depending on how prone you are to motion sickness. If this sport isn’t for you, it definitely looks like it would be a fun one to watch! Don’t worry no hamsters are harmed, just the occasional person.

Parkour
Made famous by several martial arts movies in the early 2000’s and famously parodied on TV show “The Office,” Parkour is officially described as”the physical discipline of training to overcome any obstacle within one’s path by adapting one’s movements to the environment.” This translates to basically running and jumping over everday objects. This  can run the range from back flips off multiple stories, to rolling over moving cars. While it hasn’t made it to Olympics yet, a quick YouTube search will show some seriously impressive and highly dangerous stunts. This one may be safer watched from the comfort of your couch…

Quidditch
If you are one of the millions of readers or watchers of the extremely popular Harry Potter series this one probably sounds familiar. Quidditch is the game, somewhat similar to hockey or soccer but played on flying broomsticks that Harry and his pals would play against other schools. While science (or magic) has yet to bring us flying broomsticks, fans from around the world (usually at college campuses) have created their own version of the game, sans broom sticks. In “muggle quidditch” the players hold a broomstick between there legs to mimic the high flying antics of the characters. Surprisingly this sport has begun to “take off” around the U.S. and U.K. with over 400 colleges reporting to have a Quidditch team. There is no doubt this is Quidditch is one of the most unique sports in the world.

Are these sports weird enough for you? If not you might have to think of your own. Because compared to a game of soccer, these are hands down some of the most unique sports in the world. So grab your broomstick or man-sized hamster ball and start practicing, because who knows, maybe you could be the world’s next great “zorb” champion