When you are new to trucking, all class 8s can look the same: Each one has big seats, large wheels, and massive engines. However, a commercial truck is actually incredibly nuanced, and knowing the details of an 18-wheeler’s anatomy will help you learn what you need in your next truck.

What follows is a simple guide to the most common styles of tractors and trailers. Before long, you will know exactly what kind of heavy-duty truck will suit your transportation needs. 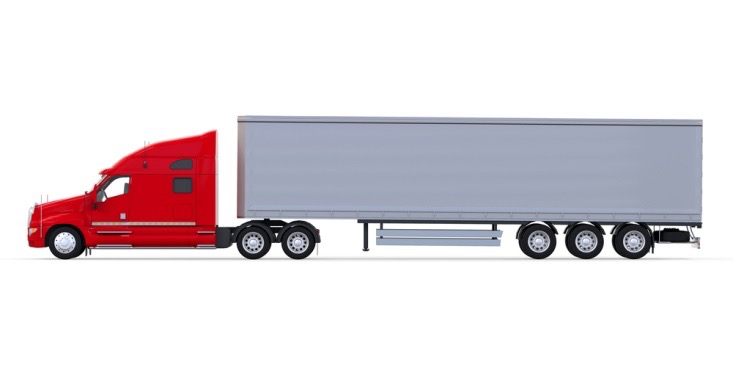 Most importantly, the cab contains the vital controls for operating the truck, like the steering wheel and brakes. Gauges along the dash provide information about the status of the truck, from speed to oil temperature to distance traveled. Newer models also have displays for diagnostics, which allow the driver to watch for necessary repairs and act before a disaster.

Generally, there are three styles of cab: the conventional design, cab over engine, and cab beside engine. In America, the standard semi places the cab behind the engine, which gives them the long-nosed appearance. This allows for larger cabs and stronger trucks that can pull multiple trailers.

Conversely, in Europe, the cab over engine design is common due to regulations regarding vehicle dimensions. Unfortunately, these flat-nosed designs make it difficult to access the engine, as the entire cab must be removed first. The third style, cab beside engine, is incredibly rare; the incredibly thin cabin is often uncomfortable and not well-suited to long hauls.

Additionally, truckers must choose between day cabs and sleeper cabs. Sleepers include space behind or above the cab where drivers can rest during their downtime. At the very least, the driver’s seat will fold into a horizontal position; at best, drivers have a separate room with a twin bed, refrigerator, and storage spaces for his or her belongings.

Trailers come in all sorts of shapes and sizes, so you can pair your tractor (which contains the engine and cab) with various trailers to complete different jobs. The semi-trailer makes up the typical 18-wheeler; it is the long, enclosed storage space used in most transportation. Its prevalence stems from its ease of connection and disconnection with tractors. In the U.S., truckers can attach multiple semi-trailers, as long as the vehicle’s loaded weight does not exceed 80,000 pounds. In Australia ground transport regulation is much looser, and in the open country it is common to see tractors pulling three or four trailers weighing well over 300,000 pounds.

However, trailers can have more specific applications than simple storage. For example, tractors can pull dump trailers, auto-transport trailers, flat trailers, log carrier trailers, and more. Obviously, it is important that you purchase the right trailer for your anticipated jobs.

Like cabs, semi-truck engines will vary from manufacturer to manufacturer, and the current variety and rate of improvement makes listing universal specs impossible. Not long ago, nearly all heavy-duty trucks moved by four-stroke diesel engines, which weigh over 2,880 pounds and produces between 1,500 and 2,050 foot-pounds of torque. However, the general push for fuel efficiency and alternative energy has created great diversity in how big rigs run. Today, you can find Volvo trucks for sale using hybrid engine options mixing traditional diesel power with electric or hydrogen power, which will get you much farther using much less fuel.

Automatic transmissions with synchronizers are bulky and heavy, and 18-wheelers have little space and weight to spare. Thus, all Class 8s contain manual transmissions without synchronizers, which necessitates double-clutch movements that can be difficult for some drivers to master. Still, proper technique extends the lifespan of the transmission and the engine, so learning the right way is important on expensive heavy-duty trucks.

Made from steel ― or aluminum in lighter trucks ― the tractor’s frame takes the shape of a ladder with two or three rungs of axles, depending on the size of the engine and cab. Primarily, semi-trucks employ front-wheel drive, but most trucks offer the possibility to connect front and rear axles for four-wheel drive. The back axle(s) of the tractor use dual wheels, which means there are four wheels per axle. Thus, a tractor can have up to 10 wheels spinning at once.

Meanwhile, different trailers will have different frames. The “semi” in semi-trailers (which lends itself to the common term “semi-truck”) indicates those trailers lack front axles, so a large amount of the trailer’s weight must be supported by the tractor. Most often, a semi-trailer has a tandem axle pair in the back with dual wheels to carry the rest of the weight.