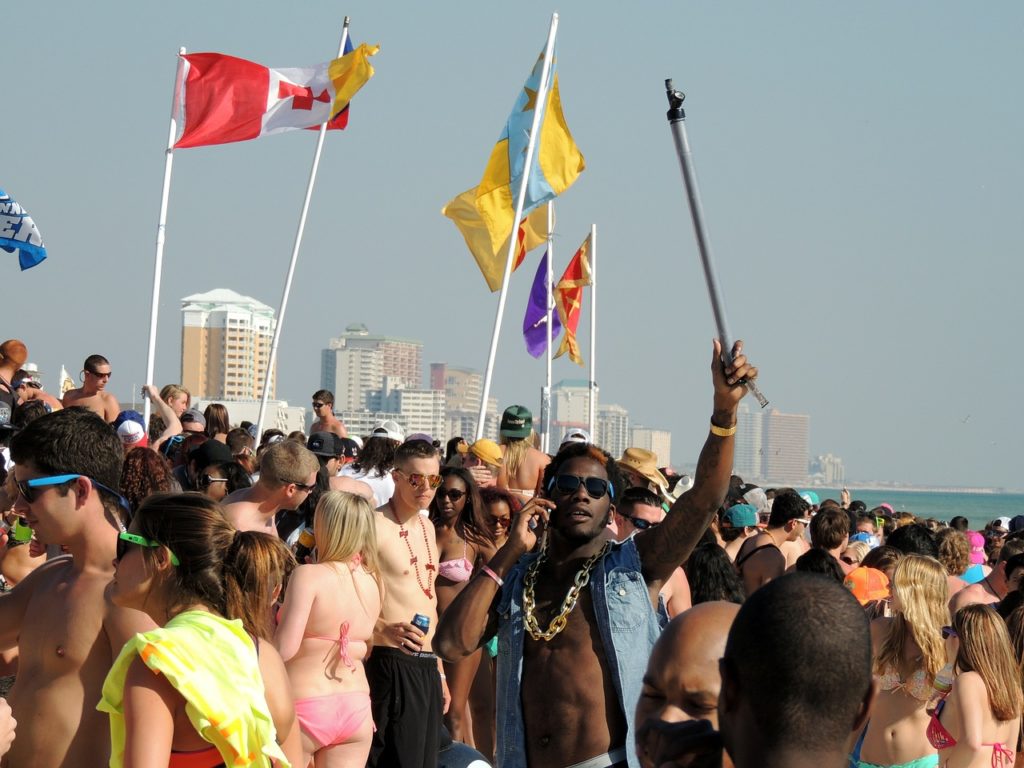 Let’s be real: nobody wants to spend Reading Week (which college administrator cam up with that lame name?) reading.

Spring Break is a blessed time, as it allows you and your buddies to take a break from your studies to blow off steam somewhere far from the prying eyes of the dean.

With a car at your disposal, you could take friends anywhere, but with so many choices, it is easy to get bogged down in the details.

Below, we’ll list seven options that allow you to stop wasting time debating a destination so you can actually plan your trip.

Muscular chests, hot bikini-wearing gals, and brothers wearing greek gear hit the beach to soak up the sun, party, and make the most of their week off school.

Book your hotel room or Airbnb early, as space runs out months in advance.

If you waited too long to snag a spot in South Padre, trade in time at the beach for extended hours on Bourbon Street in New Orleans.

It is a convenient coincidence that the festive season leading up to Mardi Gras overlaps with the Spring Break season of many colleges.

Check your calendar: if you can get away during next year’s festivities, prepare for countless nights of reveling fuelled by flamboyant parades, beads, and the devil-may-care attitude of the locals.

Craving tropical warmth? While you can’t drive your rig to Hawaii, you can pilot it down to Key West.

Located in the middle of the Straits of Florida, this is a place where temperatures almost never fall below 60 degrees.

Celebrate with open drinks on Duvall Street at night, or seek out a beach-facing campsite on nearby keys – the choice is yours.

Feeling lucky? Taking a trip to Las Vegas, the Entertainment Capital of the World, will satisfy your hunger for excitement.

If you are more into partying than rising your tuition money at the blackjack table, Vegas has you covered as well.

With most major gaming resorts having nightclubs that are regularly visited by the best DJ’s in the world, your nights will be filled with awesome tunes and good times.

Those looking to embrace winter instead of running from it will want to hit up the peaks of the Colorado Rockies.

Boasting a chilled-out vibe which is only aided by the legality of a particular plant, you’ll enjoy the hospitality of the locals while ripping down some of the gnarliest verticals on the planet.

A popular trip for students in the Northeast, there is more to Montreal than a significantly lower drinking age.

Yes, it has more than its share of exciting nightspots and attractive residents, but its food scene, culture, and foreign feel (Vous parlez Francais?) makes it a journey you and your friends won’t soon forget.

Go to school in the Pacific Northwest? While there are great hills to hit up in Oregon and Washington State, nothing beats what Whistler has to offer.

Situated 90 minutes north of Vancouver in British Columbia, Canada, this town is home to the largest ski resort in North America.

With an annual snowfall that borders on the obscene, plenty of places to explore on your skis or board, and dozens of choices for apres drinks, you will be busy planning your return on the way back to the States.