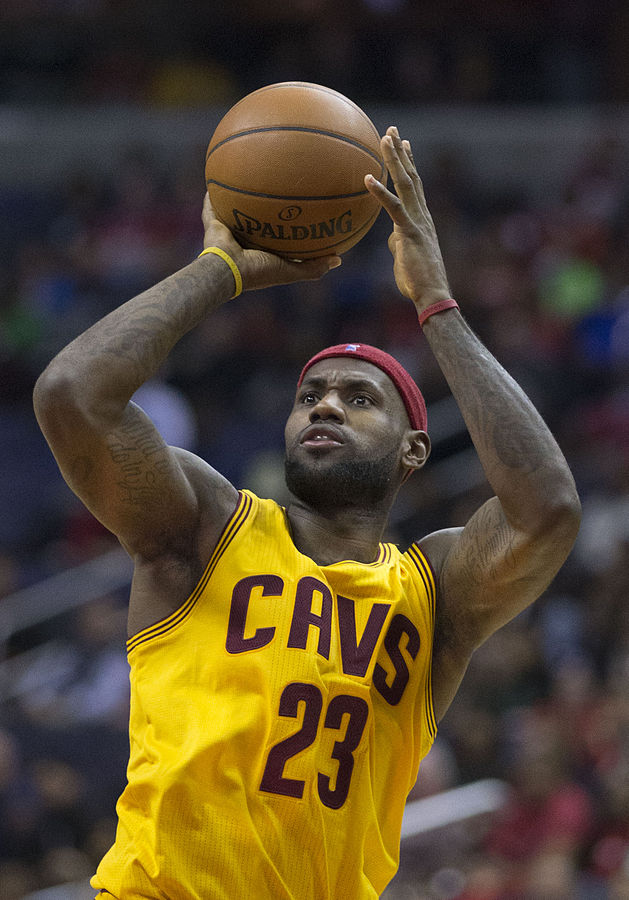 We’re all guilty of it. We’ve gotten so used to the greatness of LeBron James that his otherworldly antics became commonplace. We’ve become jaded on watching one of the greatest athletes of the modern era continue to destroy his competition night after night. It hasn’t helped that the Golden State Warriors had the best regular season in history while Steph Curry cemented his status as one of the best shooters of all time. Basically, this all stole the spotlight from what has secretly been the LeBron James show.

It was all too easy to lament the lack of competition in the Eastern Conference. Teams that honestly deserve a little bit of credit (like the Toronto Raptors, Atlanta Hawks, and Miami Heat) were quickly dismissed when compared to powerhouses like the Oklahoma City Thunder and the San Antonio Spurs. But maybe it wasn’t that these teams weren’t any good (because they are very good basketball teams), but instead maybe the Cavaliers are really just that amazing?

You can look back at the 2015 Finals and remember it as a series dominated by the unstoppable shooting and passing of an ascendant Warriors team. That makes it easy to forget that James put the Cavs on his back and single-handedly dragged that series to six games. He led the team in points, rebounds, assists and steals while both Kyrie Irving and Kevin Love were unavailable for the Finals. As you may recall, that left James more or less fending for himself, with the likes of J.R. Smith and Iman Shumpert on his side.

But this year, things are different. Cleveland might have gotten off to a rough start at the beginning of the season, but they’ve looked like a completely different team since the All-Star Break. Both Irving and Love are healthy. Frankly, Love hasn’t looked this good since he first donned a Cavaliers jersey. In fact, the entire team has been performing impressively well, even going so far as to shatter the record for three-pointers in a game with a ridiculous 25 triples against the Hawks in Game 2 of that series.

That being said, LeBron has already gone the entire series against the Raptors without even hitting a single three of his own, and he still dominated Game 2 with a another triple-double as the Cavs convincingly won their 10th playoff game in a row. While some have chalked up Cleveland’s success to inferior competition, more are beginning to contribute the team’s dominance to the unstoppable form the Cavs seem to have finally found, and rightly so.

It’s hard to imagine Toronto taking a game in this series, and we wouldn’t be surprised at all to see the Cavaliers reach the NBA Finals following yet another sweep as part of Cleveland’s quest for a ring. That would mean that the Cavs would be undefeated en route to the finals where they’ll be playing the winner of Golden State and OKC, which so far promises to be a knock-down, drag-out fight to the finish. Many assumed that a repeat Warriors championship was a foregone conclusion. However, if the Cavs can continue their hot streak, LeBron very well could finally bring a championship to the beleaguered sports fans of Cleveland.