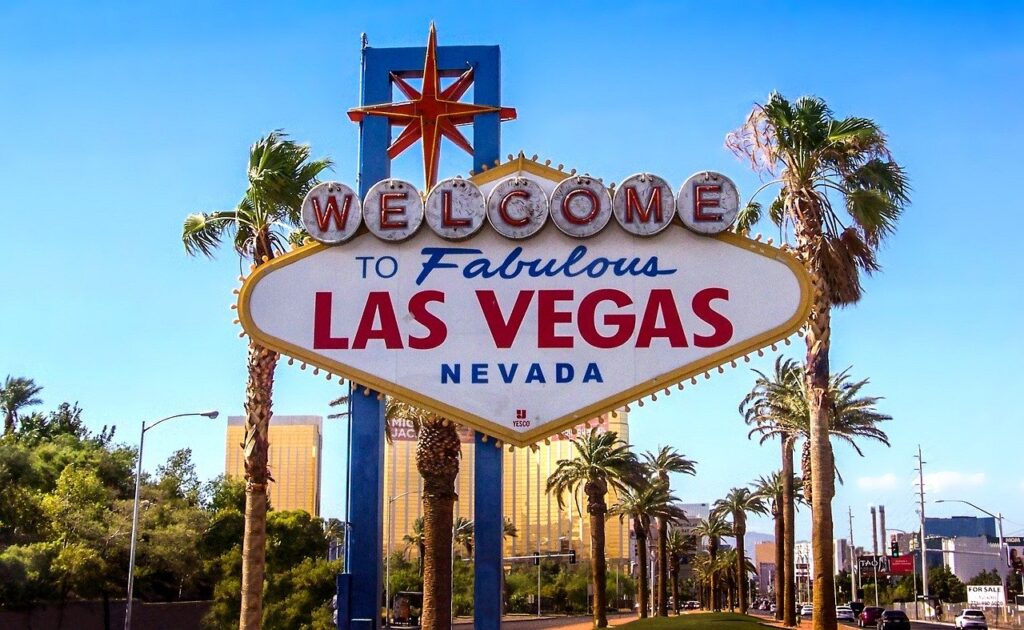 Let’s get this straight – Las Vegas is a great place to spend a few debauched days of gambling and drinking. The city in the desert has not earned its legendary status for no reason; there is tonnes to do if you have money and want to spend it enjoying yourself in the many bars and casinos for which Vegas is known.

After a few days of partying, however, you may feel like you want a little breather. And what better way to do it than by renting a vehicle and taking a road trip through the spectacular scenery that surrounds the city? Read on for some great ideas for road trips starting in Sin City that will help you get acquainted with the surrounding area.

1. Lake Mead and the Hoover Dam

Only around an hour’s drive from Las Vegas is the world-famous Hoover Dam. Built during the Great Depression, the dam was by far the largest feat of engineering of its kind at the time. Today, it remains central to life in Vegas since it supplies the city with the vast majority of its water and electricity.

The body of water created by the Hoover Dam is known as Lake Mead, which is today the largest manmade reservoir in the United States. When you arrive, the best way to enjoy the scenery is by taking a cruise around the lake. Alternatively, you can hire your own boat and explore on your own. Boulder Beach is a great place to stop off for a swim and a picnic.

Forty-five miles outside the Las Vegas city limits is a curiosity that should not be missed if you are interested in finding out about what life in Nevada was like a few decades ago. The ex-gold mining town of Nelson was abandoned decades ago, with the previous inhabitants leaving many of their belongings behind when the gold ran out.

Named Eldorado by the Spaniards who first struck gold, Nelson today is a popular tourist spot. People come from far and wide to take photos and experience what life must have been like in the Nevada of the past. There are plenty of tours that you can take around some of the old mines – maybe you might discover a nugget yourself!

If you thought it was hot in Las Vegas, then you should visit Death Valley. Less than two hours from the Strip, this national park holds the record for the hottest temperature ever recorded on the planet (56.7 °C in 1913) at the aptly-named Furnace Creek Ranch.

But not only is Death Valley likely the hottest national park in the world; it is also the largest in the United States, excluding Alaska. A trip along the long straight roads that traverse the desert will take you across incredible salt flats that formed the bed of an ancient ocean. If you camp out here, you will be treated to some of the clearest skies anywhere to do a spot of stargazing.

If you are prepared to travel a little further afield into Utah, you can visit the fabulous Zion National Park. One hundred and sixty miles across the desert will lead you to what is probably the most scenic national park in the mainland United States.

Given that the park is surrounded by desert, it is surprisingly green. There are plenty of trails that you can walk along to enjoy the incredible sights of the park. Alternatively, you can drive up to one of the many viewpoints along the road.

If you head west for three hours, you will hit one of the most unique national parks in the United States. Named after the strange trees that call the region home, the park is in the middle of one of the hottest deserts in the country, with summertime temperatures hovering around the 38 °C mark.

If you time your trip for March and April, you will catch the blooming season for the abundance of wildflowers that carpet the floor, creating an unforgettable natural spectacle.

The is much more to Las Vegas than just the Strip and its casinos, hotels and bars. If you rent a car at the airport, there is plenty to see on road trips using the city as a base.

While we are on the topic of airports, our last piece of advice is to sort out your ESTA visa before you arrive in Las Vegas if you are coming from Europe. For more information on which nationalities the visa applies to and how to apply, take a look at this ESTA guide!